Today, BET International Networks announces French activist Assa Traoré will be honoured with the 2020 BET International Global Good Award. Traoré will be awarded during the “BET Awards” celebration, airing internationally. The “BET AWARDS” 2020 will be broadcast express from the US at 01:00 WAT on June 29th on BET Africa (DStv Channel 129) in partnership with AXE_SA, South Africa’s coolest Male fragrance deodorant that is set to bring the chill! Repeat TX details include the BET Awards Pre-Show on June 29th at 18:00 WAT and BET Awards Main Show Repeats on June 29th at 19:00 WAT.

The Global Good Award is BET International’s recognition of public figures who use their platform for social responsibility and goodness while demonstrating a commitment to the welfare of the global Black community. Assa joins past Global Good honourees including artist and philanthropist Akon and African music legend Yvone Chaka Chaka.

Since her brother Adama was asphyxiated to death in a police station on his 24th birthday in 2016, Traoré has been leading the fight to find out the truth about what happened to her brother, creating the “Justice for Adama” movement in the process. Adama’s death, having been compared to the recent death of George Floyd, has sparked protests all across France and Assa has worked tirelessly to shine a light on racial injustice and police brutality.

Monde Twala, Senior Vice President and General Manager of ViacomCBS Networks Africa and Peer Lead BET International said “BET was created to stand at the forefront of black culture.  The world is faced with a number of social challenges and as ambassadors and champions of change, BET will always be at the forefront of igniting change and conversation on our various platforms. We will continue to be an agent of positive change where it matters most.”

“This award is an acknowledgement of four years of struggle. They won’t erase my little brother’s name, this award will make his name resonate even louder. My brother will be associated with the history of BET,” said Traoré. “Through his name and BET, we keep fighting for our Black brothers all over the world.” 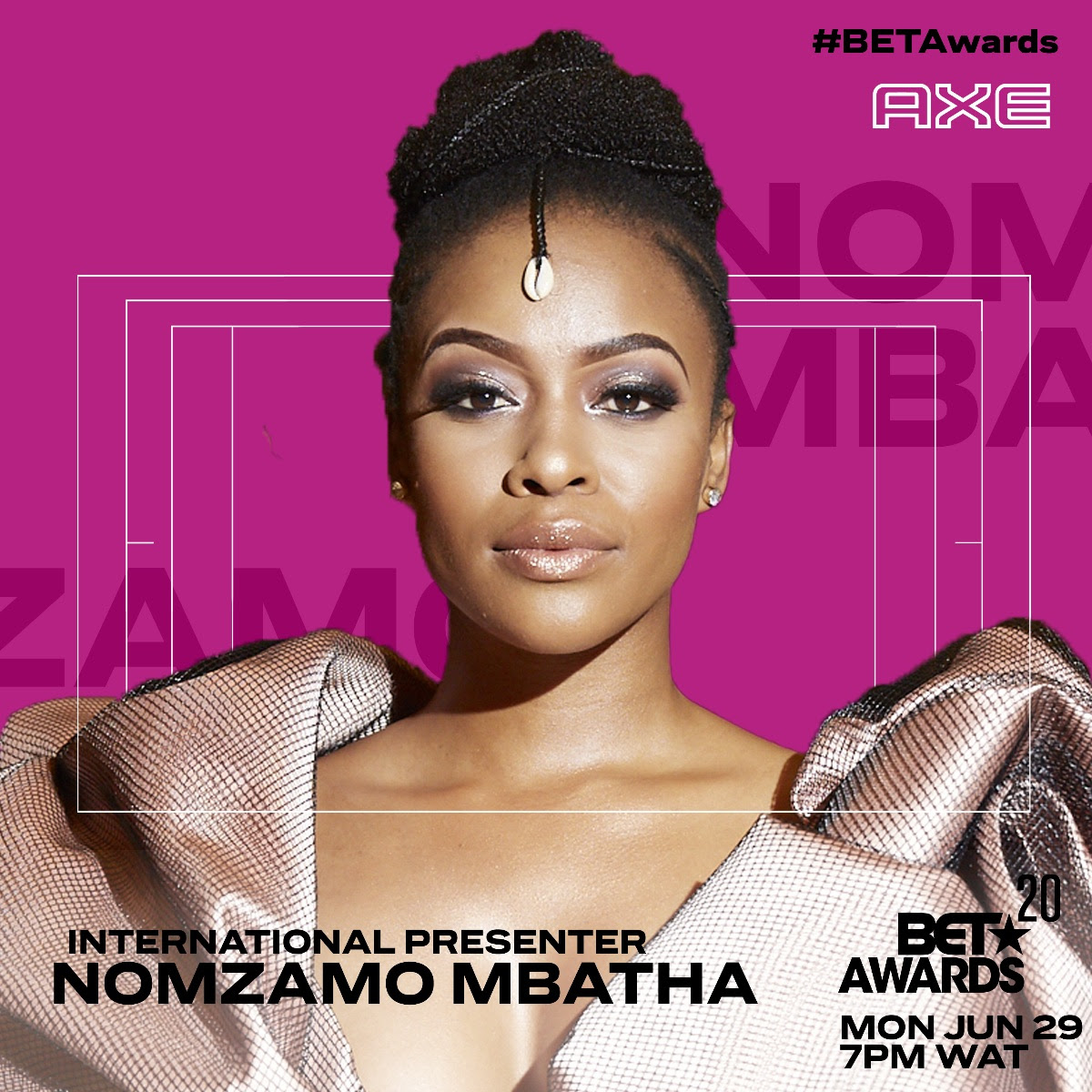 This year, South African actress, Nomzamo Mbatha will join a hot list of presenters when she hosts the BET Awards International Locked & Lit countdown pre-show, “What an incredible honour and privilege it is to amplify the voice of the diaspora at the BET Awards 2020. BET international continues to celebrate black excellence in every corner of the globe and I’m so excited that I get the opportunity to give this celebration the gravity it deserves.” said Nomzamo Mbatha.

“The Black Lives Matter movement was louder than ever before, and with the rise of the international black community in standing with African Americans truly exemplified the saying, “an injury to one, is an injury to us all.” That even during a pandemic, we are undefeated. Here’s to us! Here’s to Black Entertainment!” concluded Mbatha.