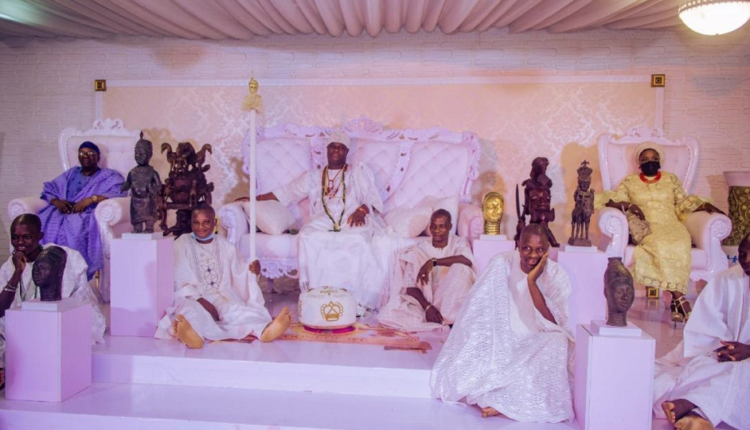 Goldberg Lager Beer, the official beer for enjoyment has just released a TV commercial celebrating the rich, vibrant, exciting culture and traditions of the Yoruba people of Nigeria. Shot in Lagos and premiered in Ile-Ife, Osun State on September 11, 2021, the launch of the commercial coincided with the celebration of the inaugural edition of Goldberg Omoluabi Day in the palace of His Imperial Majesty, The Ooni of Ife, Oba Adeyeye Enitan Ogunwusi.

The TV commercial is titled “Omoluabi” and is designed to show deep appreciation for the Yoruba culture in a youthful, relevant and progressive manner, while celebrating those men and women who can be described as Omoluabi – hard-working, humble and respectful.

The TVC also showcases rich cultural values through a beautiful display of costume, food, and music. It also sheds light on customary rites, ensuring that certain key characters whose dedication to service to others around them are celebrated.

In the words of the Senior Brand Manager, Goldberg, Olaoluwa Babalola – “the TV story is built around the hard workers who come together to deliver enjoyment to our people at one of the popular festive events in Yorubaland – Owambe. We adopted a traditional wedding setting that incorporates several of the brand’s values, such as enjoyment, hard work and respect for customs/traditions.”

Also speaking, the Brand Manager, Goldberg, Oluyemi Ekundayo said – “We are confident that this commercial will resonate with Omoluabis across the world, no matter their tribe or gender. Indeed, an Omoluabi is a word used to describe a person of absolute goodness – respectable individuals in our society, who uphold the values of hard-work and good character. We have so many Omoluabis in Nigeria – many of whom are lovers of Goldberg.”

Speaking after the premiere, the Ooni of Ife, Oba Adeyeye Ogunwusi praised Nigerian Breweries for the concept and beauty of the ad, which showcased Yoruba traditions in all its glory. He also praised the company for organising the first Goldberg Omoluabi Day, where ordinary men and women who have shown themselves to be worthy of emulation are celebrated and honoured.

10 people comprising of artisans, labourers and bakers, were honoured by Nigerian Breweries Plc and Goldberg with a cash prize of N200,000 each, while in a surprise show of solidarity, the Ooni also chose to honour 3 other people (including a security man and a cleaner) with a personal donation of N200,000 each

Goldberg is one of the leading beer brands in the country, and was acquired by Nigerian Breweries Plc, following the acquisition of Sona Systems and Life Breweries in 2011. 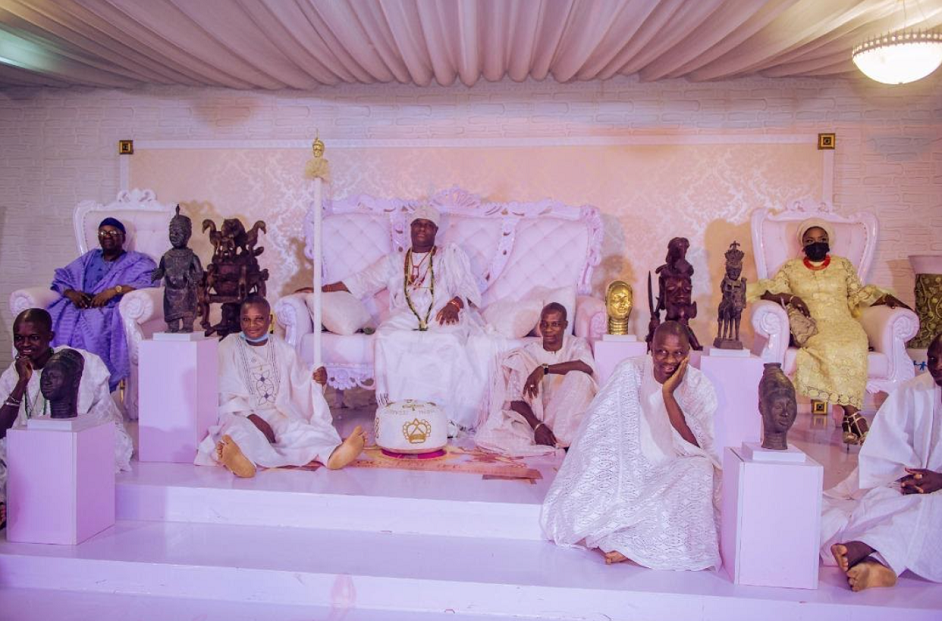 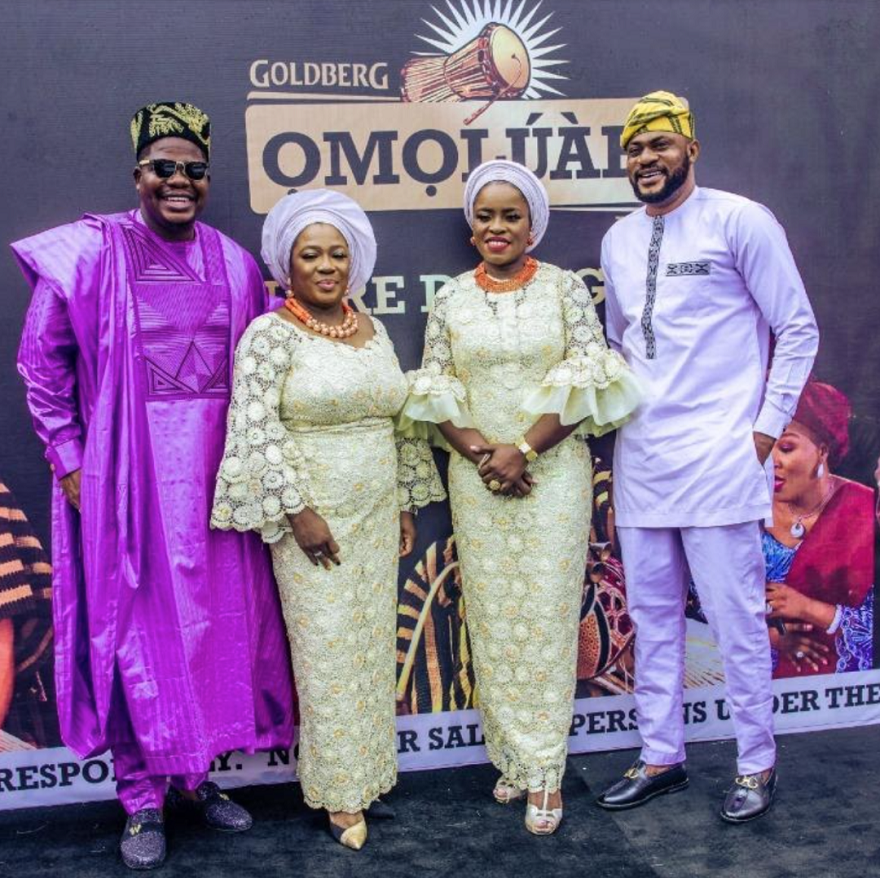 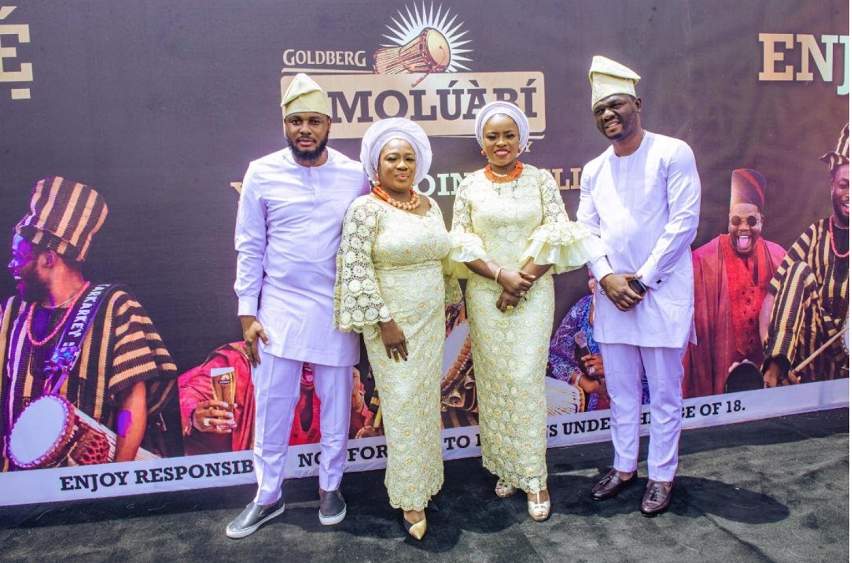 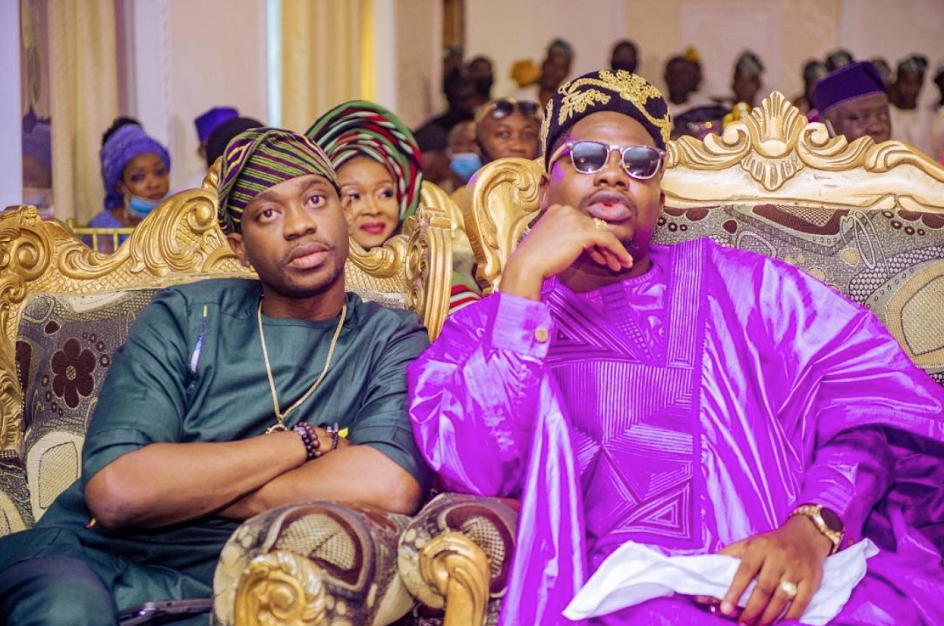 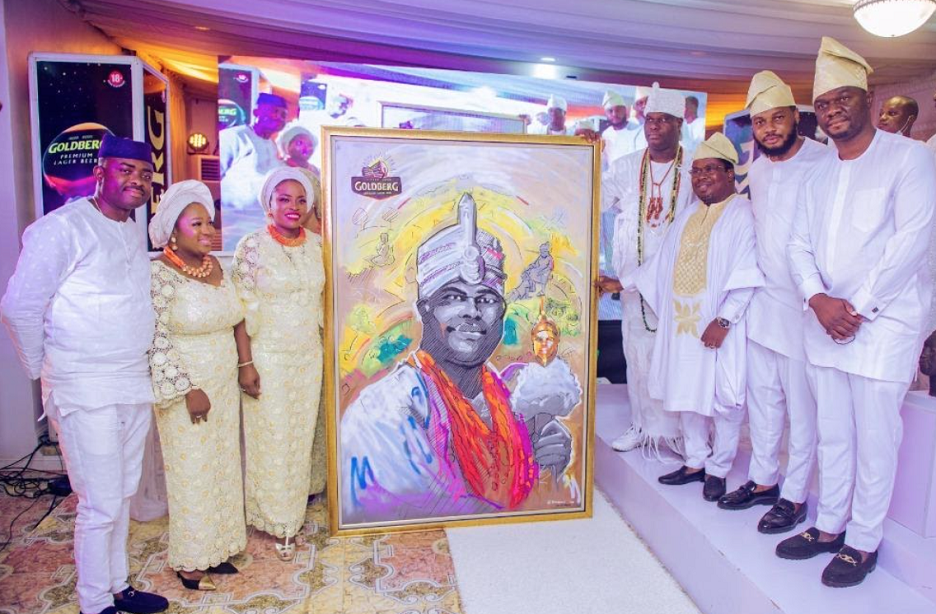 Femi Adesina: What I’ll Do When Buhari’s Tenure Ends