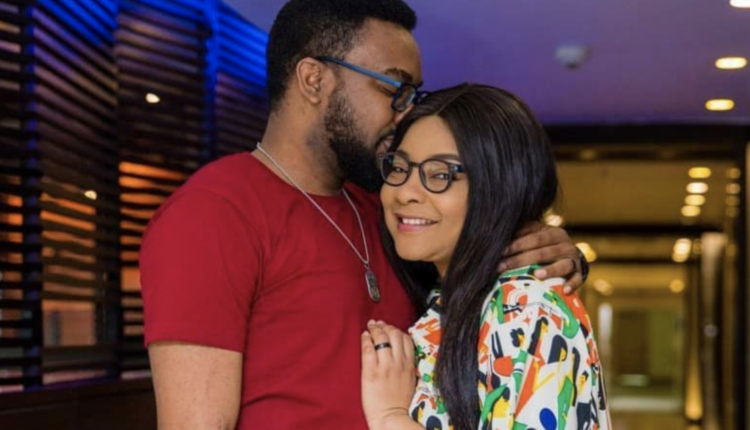 It’s a classic case of transitioning from being on-screen lovers to offscreen, but Ibrahim Suleiman and Linda Ejiofor-Suleiman’s love story is still endearing.  The pair began their romance while on set on Africa Magic drama series, Tinsel where they play Bimpe Adekoya and Damini White.

Ahead of the 3000th episode of Tinsel which airs on January 21, 2020, the pair sat down for an interview with Classic FM’s Chico, who also plays Reuben on the drama series.

Recounting how their love story started, Ibrahim said, “Most of our scenes were together, and we had the same schedules, so when we finished shooting for the day and the day is still young, we go and watch a movie or go on a date. We went on a lot of (coded) lunch dates because apparently, this girl had plans that I was not aware of.” “One thing led to another, it’s been 4 years and now somebody has had a baby for me,” he added cheekily.

As dreamy as their love story is, it may not have happened if things went according to the initial plans. As Aderonke Oshinjobi, the series producer revealed, Linda Ejiofor’s character, Bimpe, was not supposed to have lasted as long as it did. “When they pitched the Bimpe story to her (Linda), she was like, ok, half bread is better than none. Let me just take it. It was a very small, teeny weeny character.”

Linda and Ibrahim’s love story is growing on and off-screen. They will be featured on Tinsel’s 3000th episode. The milestone episode is set to air on Thursday, January 21, 2021. It will also star comedian, AY Makun.

Continue On The Path Of Spirituality, Peaceful Co-Existence, Sanwo-Olu Charges…