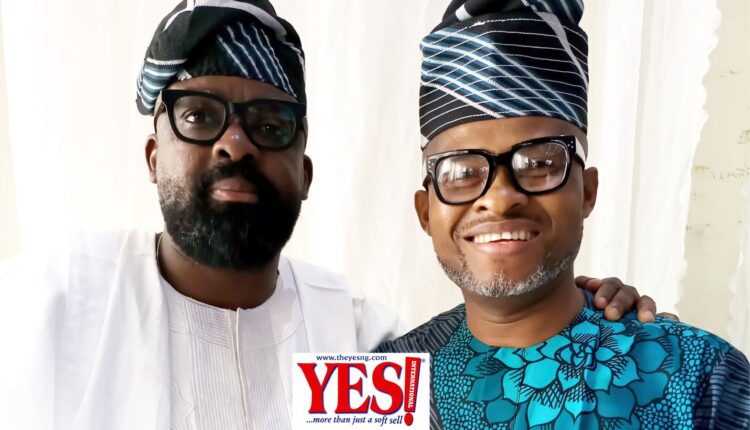 KUNLE AFOLAYAN: You Must Carve A Niche For Yourself

Mr. Kunle Afolayan is not a wishy-washy filmmaker. He is finicky and usually takes his time before hitting locations. Enormous attention is also paid by the Kwara State-born actor, producer and director to his editing – the reason his films like Swallow, Citation, Mokalik, Phone Swap, The Figurine, October 1 and The CEO have continued to be talked about and celebrated all over the world.

Born on September 30, 1974, the father of three who works hard and also plays hard opened up to YES INTERNATIONAL! Magazine Publisher/Editor-in-Chief, AZUH ARINZE, on Friday, July 17, 2020.

From how it all began to how he has been able to carve a distinct niche for himself in the entertainment industry, everything was thoroughly explored. Enjoy… 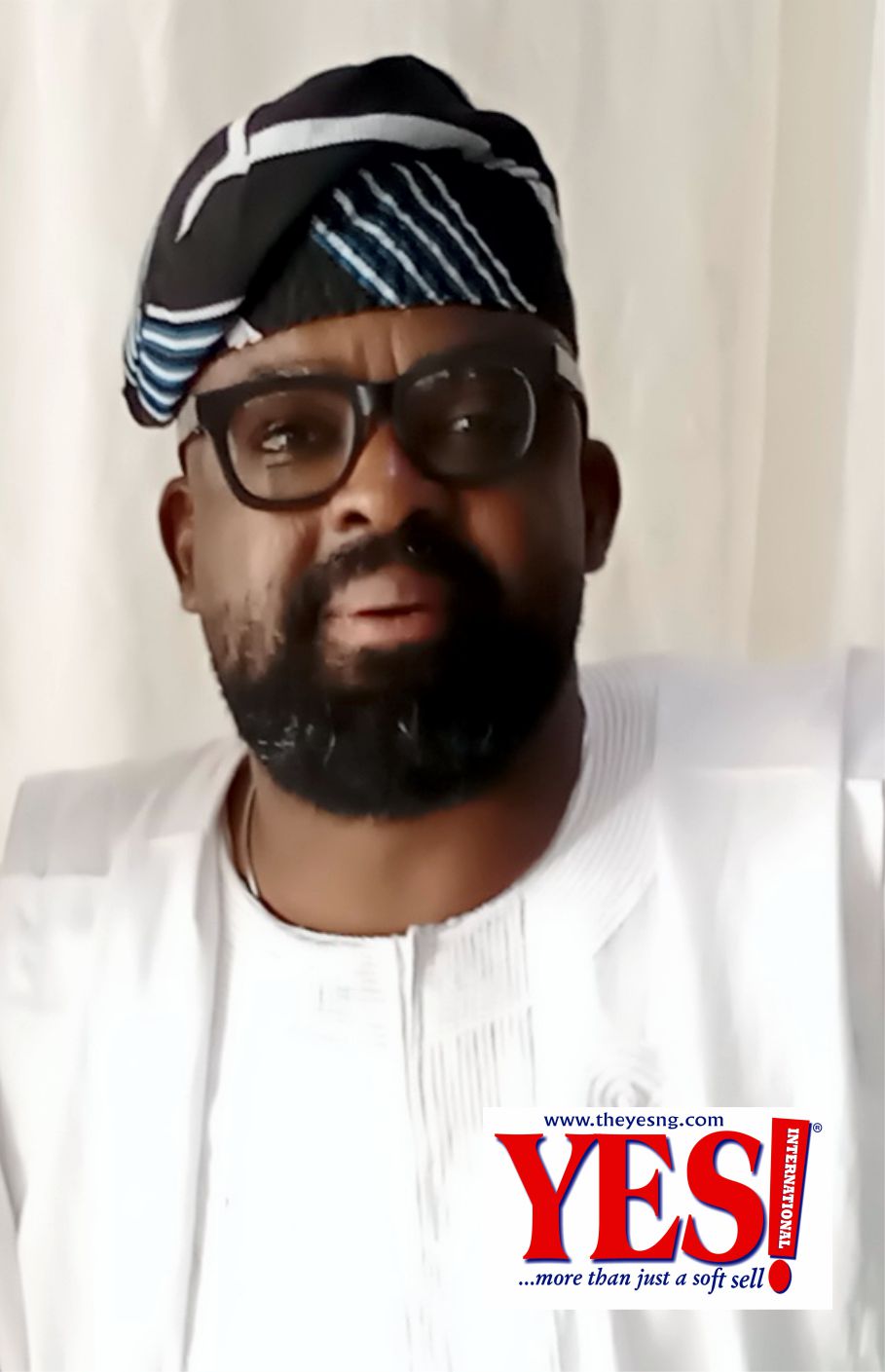 You started out by working in a bank. When did it dawn on you that it was time to leave banking and crossover to filmmaking?

I don’t like to get too spiritual, but people are always saying when the calling comes, if you are gifted or wise enough, then you will know. When I was working in the bank, I knew from the onset that within me is art. Even when I studied Business Administration, it was because my father really discouraged us from venturing into filmmaking or acting and all of that, because these people gave their all and at the end of the day, there wasn’t much to show for it, aside the popularity and all that. I spent about seven years working in the bank. I started working in the bank in 1998 and I resigned in 2004, which was when I started Golden Effects. I just felt it was time to follow what I was called to do, which is entertainment. I won’t call it filmmaking, it’s entertainment and also to be in the art space.

You just made mention of your father, Ade Love. Did he influence your embracing filmmaking and acting eventually in anyway?

I’ll say yes, because we are second generation filmmakers. Look at the likes of Ebenezer Obey, look at the likes of Fela, look at the likes of Alade Aromire… If you are born into a family where the head of the family seems to have a reputation that the whole world wants to emulate, to a large extent, the children also try to emulate their father, whether it’s the right thing or the wrong thing. If you see a lot of successful lawyers today, they will always encourage their children to carry on the legacy. But in our own case, it was the opposite. My father passed 24 years ago. Even before I started working in the bank, even before I started working at all… So, a lot of the works that he had done, a lot of the things that he had put us through, a lot of the discussions, encouragement, especially when it comes to education, these are some of the things that have really helped, to get me to where I am today. So, I would definitely say that being born into that family of filmmaking definitely influenced what I have attained today. 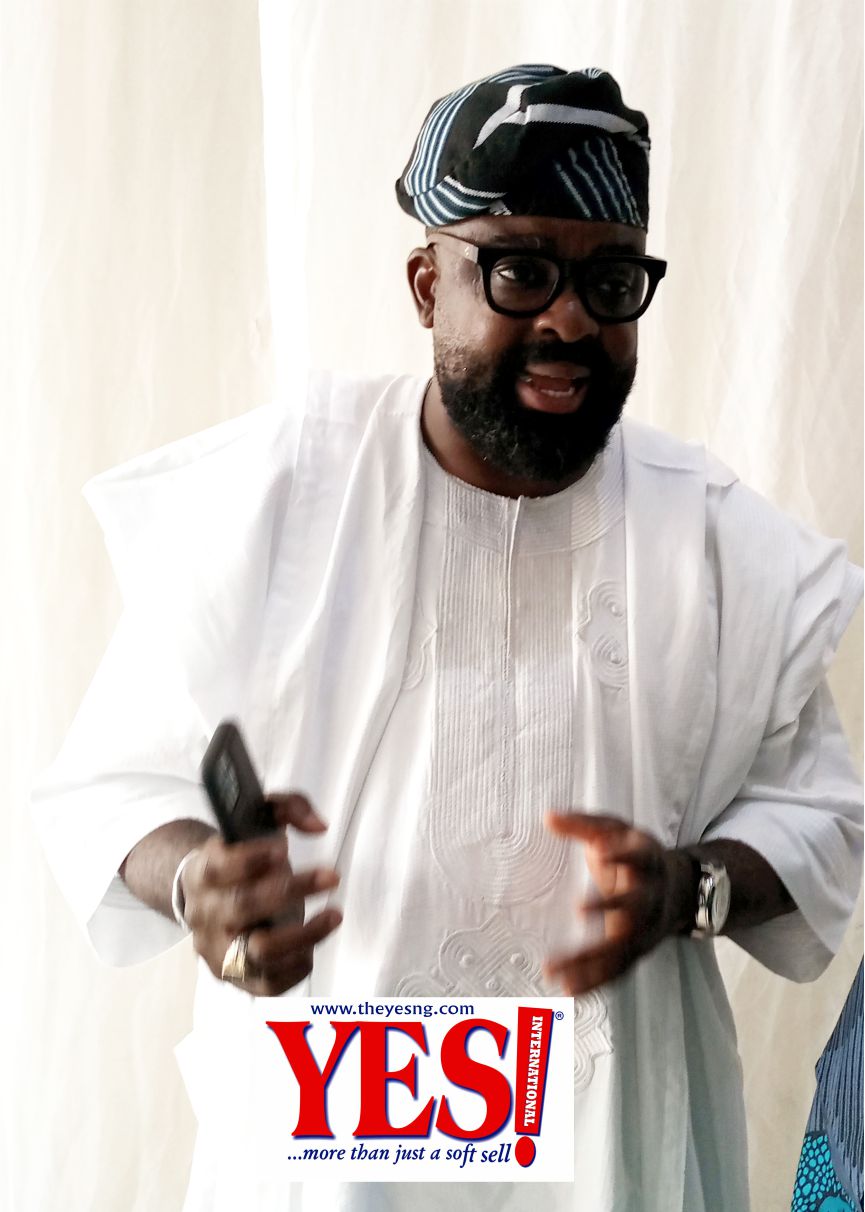 What makes a good filmmaker?

That one is a difficult question o! I think what makes a good filmmaker is for you to identify what the audience wants, because the audience don’t want the same thing. Some people will watch a Kunle Afolayan film and say, ‘that guy is too serious sef,I don’t want to watch a film and I’m having to think, I want to watch a film and laugh’. That’s for people that would go for entertainment rather than something that is informative and educative. But as a filmmaker, you can decide that you want to cater for people who want to laugh; if you cater for people who want to laugh and you keep it going, it makes you a good filmmaker. But if you are the type that wants to make films that make people think, your fans will follow you through the course of your journey. So, I’ll say that is the best way to describe it… as long as you have your audience following what you do and they are dedicated to it and you’re loyal to what you do, then you are a good filmmaker.

What do you love most about being a filmmaker?

What I like most is the fact that if you’re a filmmaker, if you’re a dedicated one, your life will never be boring, because everyday you are putting on your thinking cap. The thinking cap, of course, will make you excited. When the excitement turns to a product and then the product is acceptable, then that will always make you happy, you’ll be relevant, it means that your work would be studied, your name would be documented and every time you think, it means you’re thinking legacy, it means that in the future, your works can actually turn to a work of art that can be studied in universities, just like the way ‘October 1’ is studied in universities all around the world. So, when you sit back and see what you’ve done, that makes you happy. 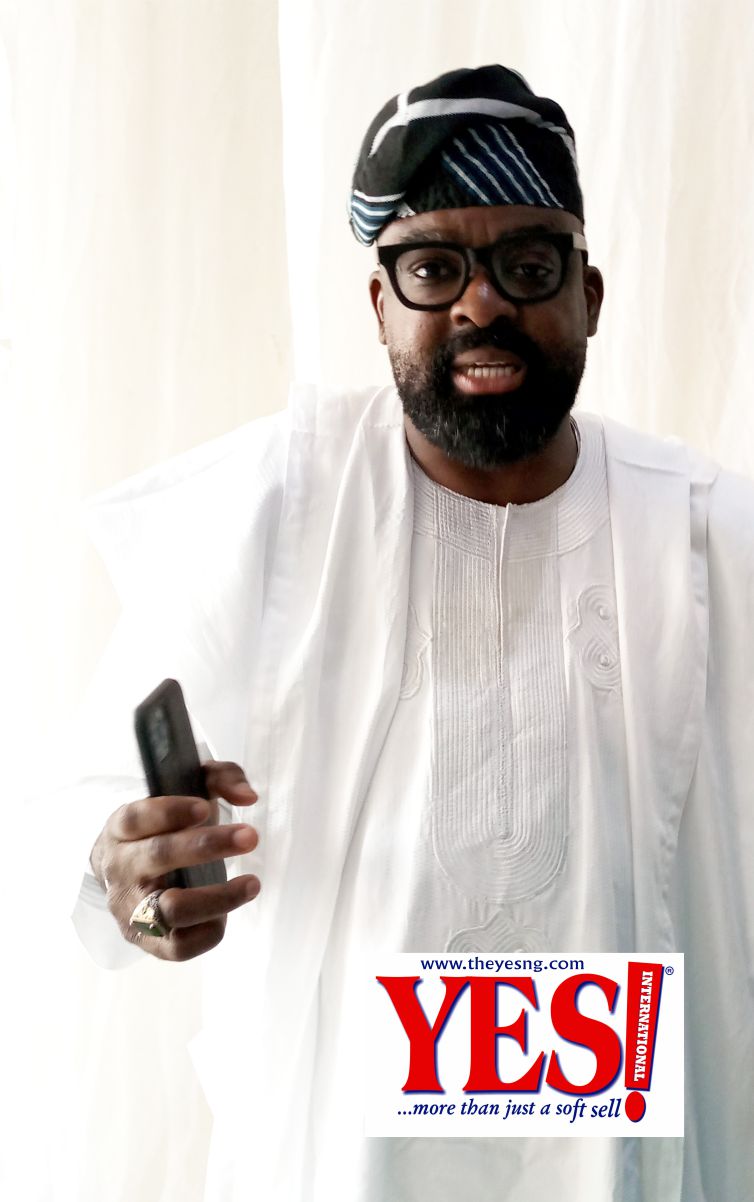 What are the things you don’t like about being a filmmaker or being into filmmaking?

The truth is, being in this space, if you’re a true filmmaker, everything falls on your table. Anytime I’m shooting a film, usually, we have over one hundred people on set and these one hundred people, eighty percent of them are crew. Now, these members of the crew, also because I’m the director, everything they do comes to me. You know as the director, you are the head of creativity; if you are now the producer, meaning that you’re the one that will look for the money to make it happen, you’re the one that negotiates deals, you’re the one that sees to money matters, it means that you’re going to be dealing with being creative and being an entrepreneur and these are things that I battle with in every project I do. So, really, if I had my way, I’d rather drop this art of being an entrepreneur that comes with high blood pressure and just stick to the part of being creative. But we can only bless God, because if it is your call, it is your call, because even if you employ one million people, a lot of times, they would never do it or they will never deliver. So, I still thank God.

What are the commonest mistakes that most filmmakers make?

I can’t really say these are the mistakes that most filmmakers make. It depends on what you set out to achieve. Sometimes, the common one which I think everybody should guard against is, you know people study film abroad, now, when they come here, they come here with that notion of ‘let me go and teach them how to do it’ and when you come to this place with that kind of notion, you’re going to fail. So, when you’re coming into the space, in filmmaking, we learn everyday. For someone like Tunde Kelani who is 73 years and everyday, TK would still call me to say “Kunle, iPhone just released a phone that can do this and that.” In film, we learn everyday. If a filmmaker feels that he knows everything, if the filmmaker feels that without him nothing happens, they’re wrong; those are some of the mistakes a filmmaker makes because a tree cannot make a forest. Filmmaking is a team- playing industry. 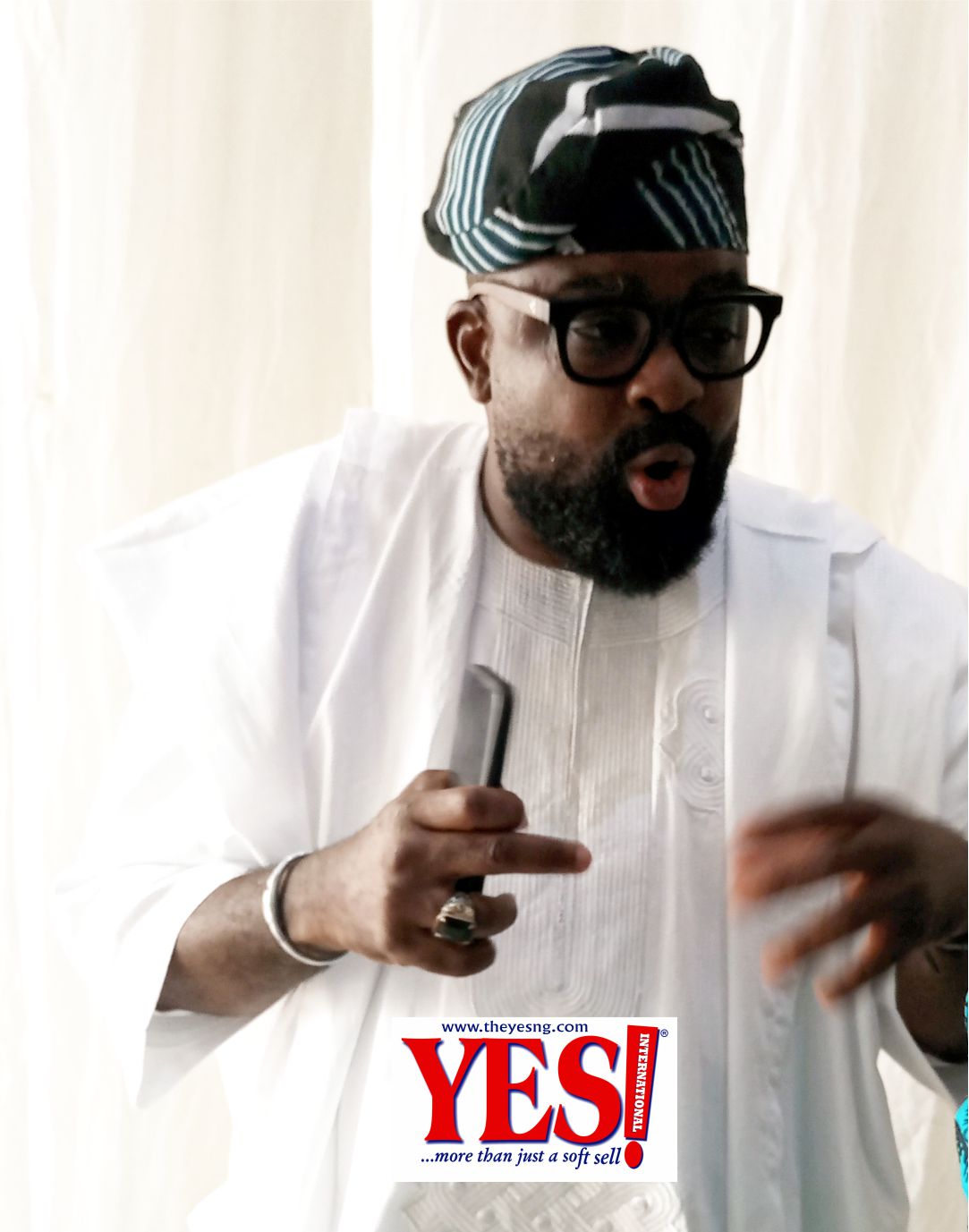 What is the greatest thing that being into Nollywood and being into filmmaking has done for you?

You’re one of the top directors who also act, how do you juggle both?

For me, I don’t feature in all my films; I’ve only featured in a few films of other filmmakers too. Falling in love with a script is one of the things that also determines if I’m going to feature or not, but now that I’m an entrepreneur, I’m trying to set up a legacy. If I get a role or an invitation to be part of a film, if the script is good, I’ll still honour it.  It’s about the script, it’s about working on it, who the director is, and all those things.

Who is a good actor? 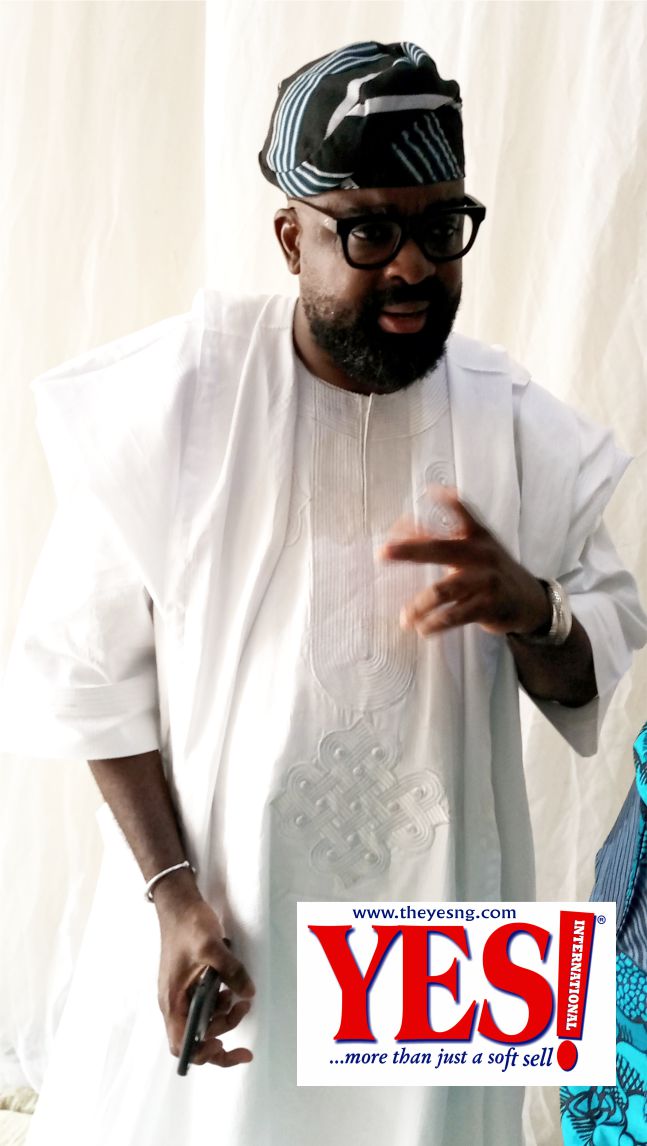 From the stand point of a director, what constitutes a good script?

You are one of the most respected filmmakers currently in Nigeria, what did you do to get to where you are now? If somebody says they want to come into the industry, what will be your advice to the person?

When some of us started; even before some of us started, some people were there. When we started, people were there, after we started, people are still there. But some of those people, where are they today? I’m not going to say it’s because they’re not good at their craft, I’m only going to say that you have to stay consistent with what you believe in. The first thing to do is to identify your audience. Yinka Ayefele’s music is different from Lagbaja’s music. You used to come to Motherlan’. When you come to Motherlan’, the kind of music that we listen to is not what these youths of now want to hear. But you have to stay true to your craft and I think that’s what has really sustained me, because from the onset, when I started, the Igbo people would say “his film is Yoruba”, the Yoruba people will say “his film is mixed with English and Yoruba”. So, they are not sure where to place me. I’m in the middle. When I shot ‘Irapada’,  ‘Irapada’ was multilingual; we shot predominantly in the North. So, when AMA Awards was doing screening and they saw ‘Irapada’, they were not sure whether to put it in Yoruba category or Igbo category or English category. So, they created an award category called ‘Indigenous Movie’ because of ‘Irapada’. But before ‘Irapada’, it was either you were doing Igbo film or Yoruba film, but ‘Irapada’ could not be placed in any of those and it won the award for ‘Irapada’. It means that you have to carve a niche for yourself. So, it’s not about where the world is going, what people want to see, it’s about you identifying what will get you going for a long time. 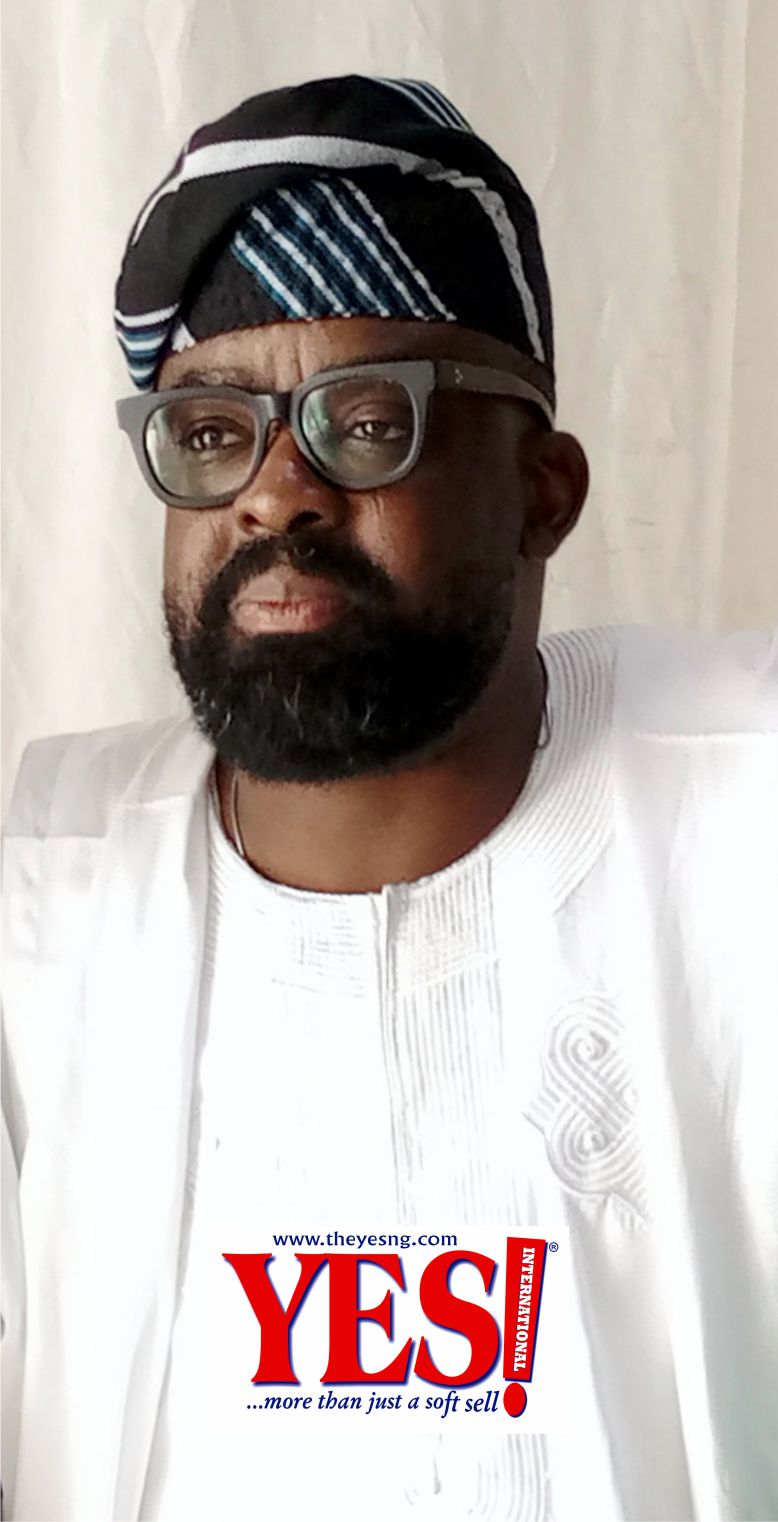 It’s Time To Look Out For The Welfare Of Other Women, Sanwo-Olu’s Wife Advises Fellow Women