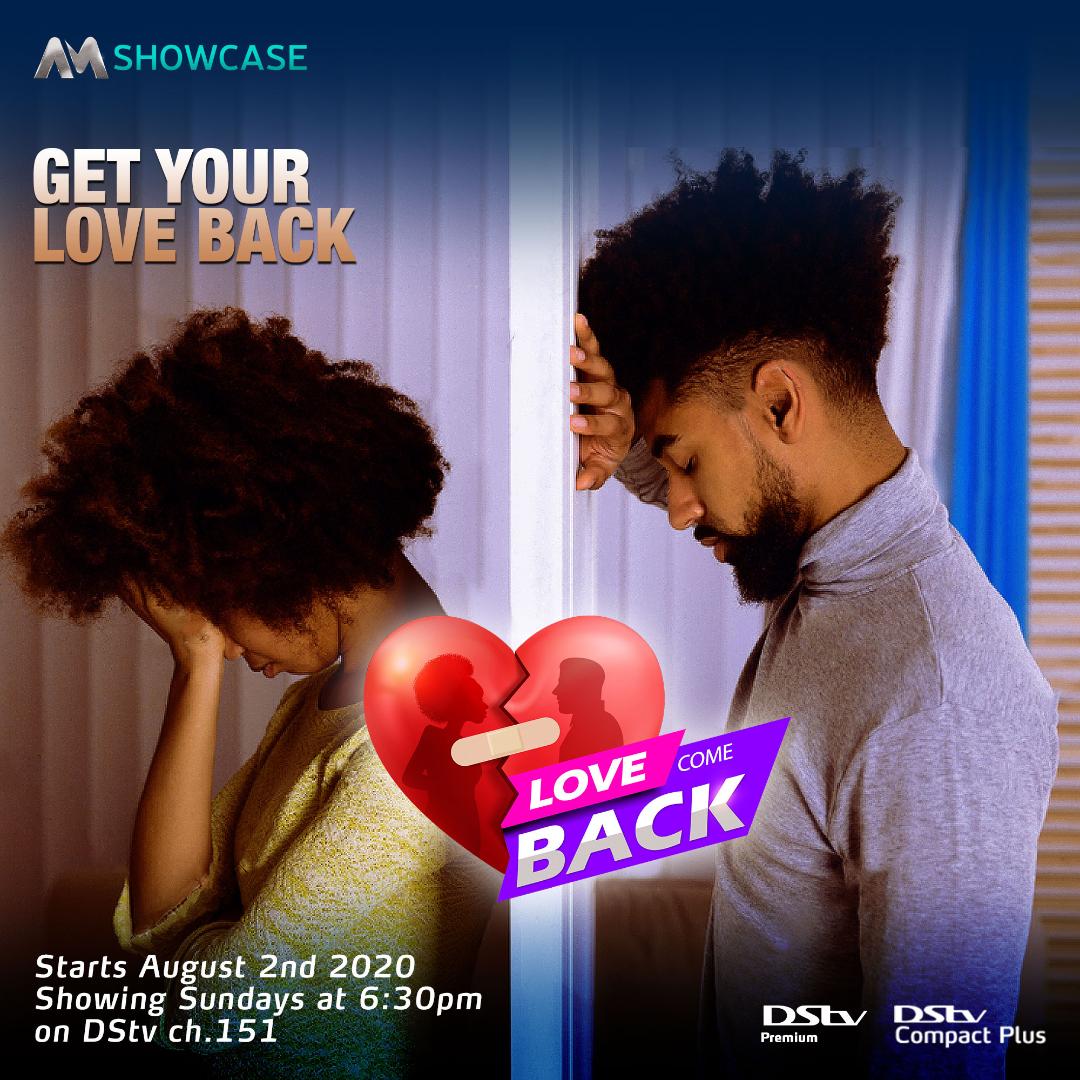 MultiChoice Nigeria’s brand new reality TV show, ‘Love Come Back’ premiered on Africa Magic Showcase on Sunday, August 3, 2020 and it was every bit as entertaining as promised. In the first episode of the relationship-based show hosted by actor Ibrahim Suleiman, Austin, a model and businessman, tries to win back the love of his ex-girlfriend, Nonye who is an upcoming fashion designer.

Austin had met Nonye at a friend’s shop in Ikeja a while ago. He approached her under the guise of patronizing her business and got her number. After a series of calls and conversations, they started dating. But things weren’t so smooth. Austin explained to Ibrahim that their love had gone sour because in the initial stage of their relationship, he was too busy with his hustle to invest much time in the relationship. When he eventually decided to dedicate more time to the relationship, it was a little too late; Nonye had lost interest.

After all his effort to win her back proved futile, Austin approached Ibrahim and the Love Come Back team to intervene. They decided to surprise Nonye with a well thought-out grand gesture – a photoshoot session styled by popular designer, Ejiro Amos Tafiri to help boost her fashion brand.

Nonye was enjoying the whole experience until she found out it was Austin behind the plan. As soon as he walked into the set, her whole mood changed. She told him that while she appreciated the thought that went into the plan, it wouldn’t change the situation of things between them. Not even the intervention by Ibrahim would make her change her mind.

The tension in the air was palpable and Austin was almost in tears. But just when he thought all hope was lost, Nonye suddenly had a change of heart. She said she took a few minutes to think about everything and that the fact that Austin went that length to win her back shows that he really cares for her. They walked out of the episode 1 of Love Come Back, a happy couple.

Love Come Back airs on Sundays at 6:30 PM on DStv Channel 151 for Premium and Compact Plus customers.

Lilo, Ka3na Speak On Relationship With Housemates And Plans For Life After BBNaija

‘My Relationship With Eric Distracted Me’, Lilo Says After Being Evicted