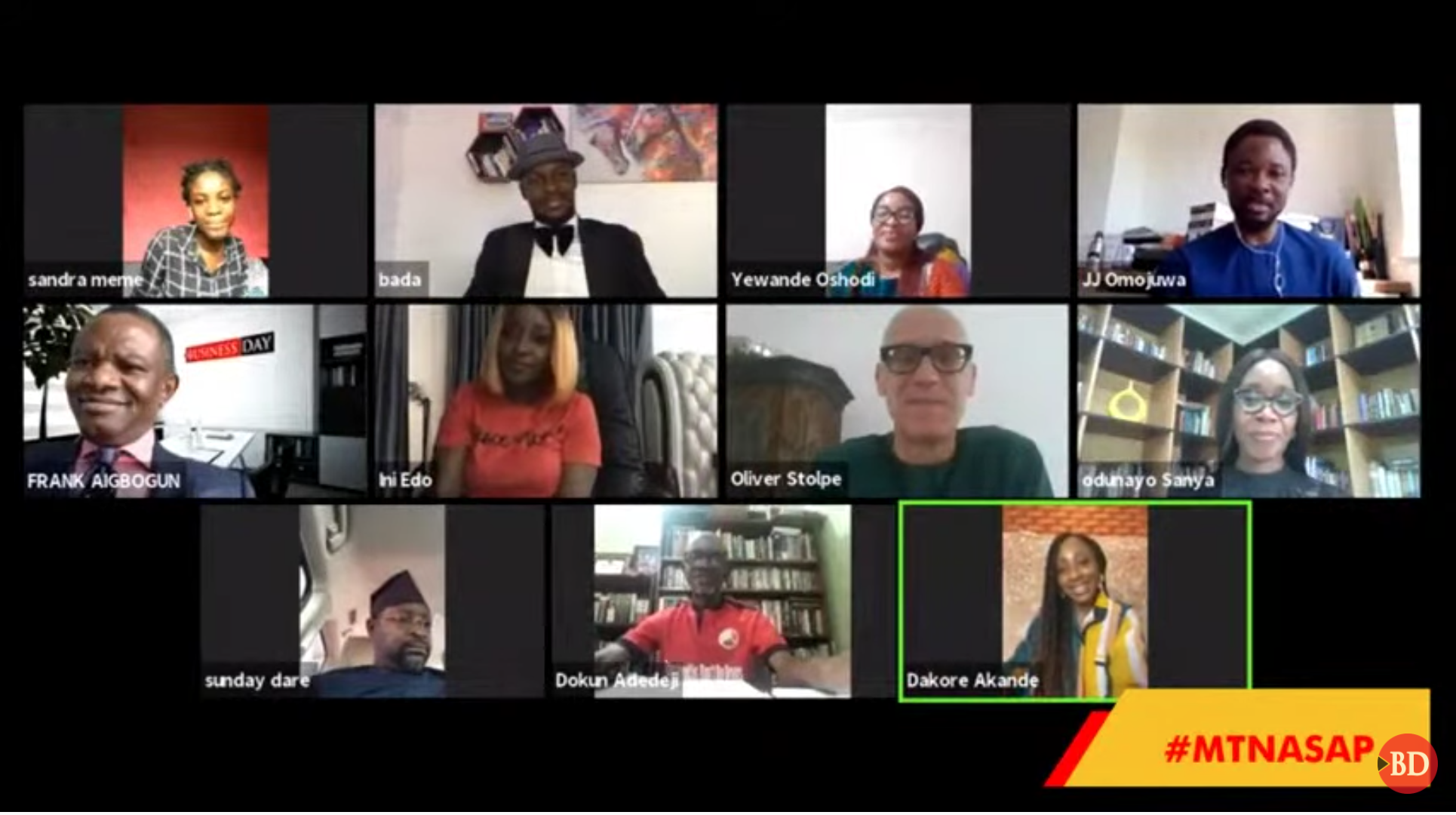 MTN Foundation in partnership with Business Day, MTV Base Africa, and the Netng commemorated the International Day against Drug Abuse and Illicit Trafficking on June 26. The virtual event featured in-depth discussion from professionals across various sectors including health, entertainment, business as well as the public sector. The panel discussion was preceded by a hangout featuring Folu Storms, Praiz, Nedu and David Jones David who engaged the youth audience on ills of substance abuse.

Speaking at the event, Minister of Youth and Sports, Sunday Dare lamented the rising rate of substance abuse and advised on policies that can be implemented, “We need laws that will criminalise the selling of these drugs to under-aged children. We must institutionalise the process of drug education from primary to secondary school in a consistent and deliberate manner.”

“We need a system that rewards best practices and punishes bad conduct, to the maximum. The youth have a responsibility just as the government, it’s a two-way partnership”, Dare concluded.

In his opening remark, Chairman, MTN Foundation, Prince Julius Adelusi-Adeluyi reiterated the need for collaboration in the fight against substance abuse. “Through the Anti-Substance Abuse Programme (ASAP), the MTN Foundation hopes to communicate the urgency required to tackle the growing menace of drug abuse in our society. Our aim is to create a drug-free Nigeria in collaboration with relevant stakeholders. We are happy that various guilds, organisations and active centres have come together to support this cause.”

“It is our duty to build a healthier and cleaner community for Nigerians and this can only be done through an alliance against drug abuse”, the Chairman emphasized.

According to statistics by the Country representative UNODC, Oliver Stolpe, over 20 million Nigerians from age 15 and above admitted to having used drugs at least once between 2018 and 2019. Of this figure, 3 million required some form of medical attention as a result of substance abuse.

Since inception in 2004, MTN Foundation has invested over 21 billion Naira in various community-based and youth-focused initiatives. In 2018, the Foundation set up the Anti Substance Abuse Programme (ASAP) as a behavioural change intervention hinged on awareness, advocacy, information & resource dissemination, stakeholder engagement and empowerment, as tools to curb the prevalence of substance abuse and addiction in Nigeria.  So far, 13.5 million people have been impacted by this initiative and an estimated sum of N247 million has been invested.