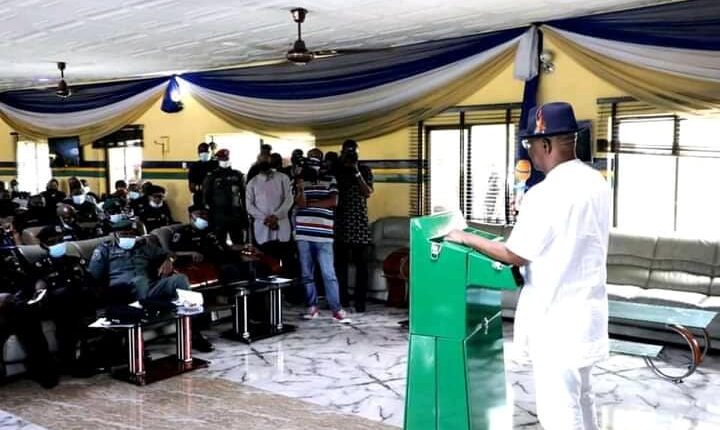 By AJAYI GIDEON On May 10, 2021
90
Share
Governor of Rivers State, Nyesom Ezenwo Wike, says the State will give N20 million(twenty million Naira) to the families of each of the eleven police personnel killed by gunmen during recent attacks of police formations in the State.
The Governor, who announced this during a condolence visit to the Commissioner of Police, Friday Eboka and officers of the State Police Command on Monday, tasked them to henceforth be on offensive against those who perpetrated these heinous acts.
Governor Wike, while addressing officers and men at the Police Officers Mess in Port Harcourt, said his visit was to commiserate with them over the death of some of their colleagues who lost their lives in line of duty while protecting the State.
He acknowledged that though no amount of money can equate to human life, the State’s gesture is aimed at assuaging the bereaved families that their loved ones never died in vain.
The governor described as heart-wrenching the unwarranted killing of policemen who were legitimately protecting lives and property of citizens of the country.
“In the past two to three weeks, we have lost eleven police officers and men. This is a dark period for us in the State.”
He lamented that those who carried out the dastardly killings have coldheartedly turned the wives of the slain policemen to widows and rendered their children, fatherless for no just cause.
Governor Wike charged the State Police Command to be more proactive to ward-off further attacks, and resolve never again to condone the killing of its personnel by those who are bent on instigating crisis in the country.
The governor reiterated that no amount of vicious attacks or intimidation can compel Rivers State to become part of any secession agenda. He maintained that the people of Rivers State believe in the unity of the Nigerian State.
“We must be united to fight for this country to be one. We must not allow anyone to talk about secession. If you want to secede, Rivers State is not part of it, and nobody can cow Rivers State to be part of it. Not under my watch will I allow that.”
The governor, who assured the State Police Command of the government’s continuous support, however, charged police personnel to be more careful and vigilant.
The Commissioner of Police, Mr. Friday Eboka on behalf of the Acting Inspector General of Police, Alkali Baba Usman, thanked the governor for assuaging the pain of the bereaved families.
Eboka told the governor that the armed men who attacked three different police formations for no justifiable reason gruesomely killed seven officers. According to him, two officers who sustained bullet injuries, are receiving treatment.
“It is noteworthy that the hoodlums did not escape without suffering fatalities, as two of them lost their lives and their Hilux riddled with bullets was abandoned. Thanks to RRT Commander and other Tactical Teams who responded to the distress call.”
He stated that in spite of these ugly developments, officers and men of the State command will not shy away from their responsibilities.
“Your visit today will further boost their morals. I therefore want to use this opportunity to re-assure the good people of Rivers State of our resolve to continue to protect their lives and property.” 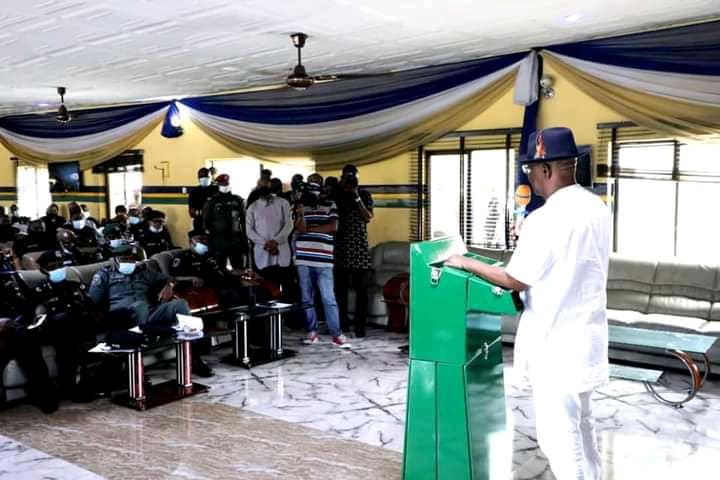 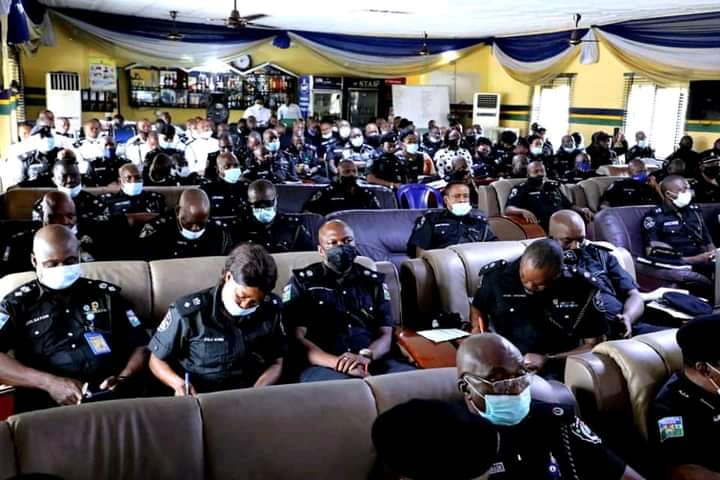