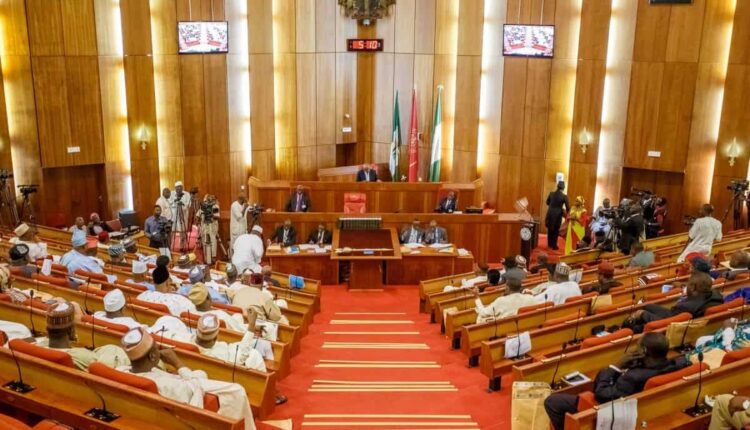 The Senate on Wednesday considered a bill seeking to revive an international hospital that would specifically focus on the treatment of leprosy, skin cancer and other skin related diseases.

Leading debate on the bill, the lawmaker recalled that as far back as 1929, an International Hospital was established for Garkida Agricultural Leper Colony by the Church of the Brethren Mission (USA).

According to her, “it was an ambitious effort located on 2,500 acres of land designed for treatment of leprosy and other illnesses, isolation center and training of lepers in craft and improved agricultural methods. It was a reputable hospital with 12,507 leprosy patients admitted between 1929 and 2002 with reasonable number of patients coming from neighbouring countries.

“With the advent of antibiotics in the 19408 and the use of dapsone to treat leprosy, the role of the hospital changed. Dr Roy Pfaltzgraff the Medical Superintendent (1954-1982), transformed the hospital to an internationally welI-known center for developmental work in surgical rehabilitation, physiotherapy, protective footwear, prostheses and training.

Senator Ahmed noted that in 1976, the Church of the Brethren Mission made the Hospital to become an international Referral Centre for leprosy and dermatology patients.

“The Church of the Brethren Mission ran the hospital until 1976 when it was handed over to Ekilisiyan Yan Uwa Church in Nigeria (EYN).

“The EYN had minimal capacity to maintain the hospital at an international level. Therefore, the Netherlands Government took over the hospital and ran it for two years before handing it over to the Ministry of Health of the former Gongola State,” she said.

The lawmaker, however, lamented that 92 years after, “this noble work of providing tertiary health care at the reach of the common man was neglected and allowed to decay in vigor and extent, thereby became weak and inconsequential.”

“The Hospital will allow speciality care providers focus on particular areas of care in which they have extensive training and education.

“The tears and frustration expressed by patients with pigmentary disorders and the psychological impact of these disorders will be effectively handled by the Hospital,” she said.

Contributing to the debate, the Chief Whip, Senator Orji Uzor Kalu (APC, Abia North), who supported the bill, expressed concern that the “zone has been chemicalized and a lot of skin diseases are coming out of that zone as result of the bullets used by Boko Haram.”

Other Senators who spoke in favour of the establishment of the National Dermatology Hospital are the Deputy Leader, Ajayi Boroffice and Senator Ibikunle Amosun (APC, Ogun Central).

The bill after scaling second reading was referred by the Senate President, Ahmad Lawan, to the Committee on Heath for further legislative action.

The Committee which is chaired by Senator Yahaya Oloriegbe (APC, Kwara Central) is expected to report back within four weeks.